Kane wants to build ‘strong relationship’ with Mourinho at Spurs 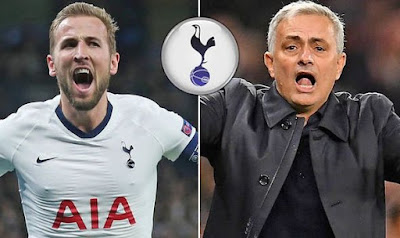 Harry Kane wants to build a “strong relationship” with new manager Jose Mourinho that will help take Tottenham to the next level.

Kane, whose two goals in the 4-2 win over Olympiakos helped book a Champions League knockout place, was a staunch supporter of former boss Mauricio Pochettino, but he knows Mourinho could be the man to help him win silverware with Spurs.

The Portuguese coach has a record of strong relationships with strikers, with Didier Droba, Zlatan Ibrahimovic and Diego Costa all excelling under him and Kane wants to add his name to that list.

“It’s early days, we have a good relationship so far. We talk, we try and help the team,” said Kane, who became the fastest player to 20 Champions League goals.


“Obviously me being one of the leaders in the team he looks to me for feelings and advice on the team.

“When you are winning games it definitely helps your relationship. Hopefully, we can build a strong relationship.”

Spurs are through to the last 16 of the Champions League for the third successive year and can travel to Bayern Munich for the final Group B game with their position in second guaranteed.

They enjoyed a memorable run in last season’s knockout stages, culminating in a run to the final, and Kane wants his side to build on that.

“We know what we did last year in the knockout stages and we have to take that positive energy and try and do similar and go even further,” he said.

“We have got a quality squad, no doubt about that. We have got one of the best squads in Europe.”