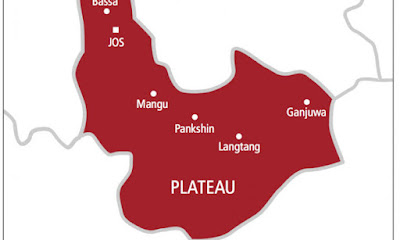 Residents of Jos, Plateau, are lamenting what they call “unusual weather”, which compels them to adopt measures to cope with the condition.

The people have suddenly found themselves transiting from a temperature that ranged from 15 degrees to 22 degrees Celsius to a circle of between 24 degrees and 34 degrees Celsius, which they have been complaining about.

Miss Josephine Pam, a student, decried the new weather, which she said was making life very unbearable for her.

Pam said she had resorted to wearing sunshades to protect herself from the “scorching sun” being experienced in the afternoons.


She said she had also resorted to wearing light clothes as against the heavy materials she used to wear about two weeks ago.

She also complained of having constant catarrh caused by the dust brought by the winds blowing across the city, especially in the mornings.

Another resident, Baba Abubakar, said the weather had also compelled him to start wearing light clothes to cope with the situation.

“I also find myself taking a lot of water, about eight sachets a day, because of the sweating I experience in the afternoon,” said Abubakar, a commercial tricyclist.

Mr Bulus Dung, another resident, said he was already adapting to the new condition by changing his lifestyle including his clothes and advised fellow residents to do likewise.

Mrs Mary Agada also decried the new weather, saying she preferred the “old weather” because she grew up in Jos were she found the weather to be cool.

“It is a lot easier to deal with cold than heat.When there is cold you just wear heavy cloth to protect yourself, but when the sun is hot like we are experiencing now in Jos, even the fan in your house might not help,” Agada said.