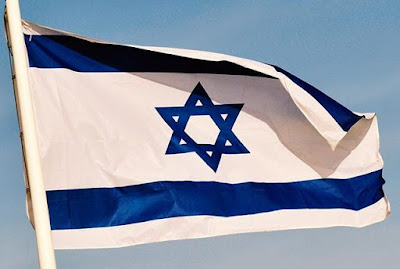 Israel resumed strikes on Islamic Jihad terror targets in the Gaza Strip, its military said in the early hours of Friday morning, less than a day after a fragile ceasefire deal went into effect to stop the most intense fighting in years in the region.

A fragile calm descended on Israel and the Gaza Strip on Thursday, after a ceasefire brokered by Egypt between Israel and Islamic Jihad militants took hold in the early morning hours.

According to the Israeli army, however, rockets were fired at Israel from the coastal enclave after the ceasefire had gone into effect at 5:30 am (0330 GMT).

The Israeli Defence Force (IDF) tweeted that they started targeting Gaza again after “rockets were indiscriminately fired from Gaza at Israeli civilians.”


Mos’ab al-Breim, an Islamic Jihad spokesman, said that his group is committed to sticking with what has been agreed upon with Egypt and there is a Palestinian consensus to maintain the current calm.

The agreement includes the suspension of targeted killings by Israel, the protection of Palestinian demonstrators in Gaza and measures to end the blockade on Gaza, according to the spokesman.

Nickolay Mladenov, the UN special coordinator for the Middle East peace process, who had gone to Cairo to help broker the ceasefire, took to Twitter to urge both sides to “show maximum restraint.”

The ceasefire wasn’t officially confirmed by the Israeli government.

But army spokesman Jonathan Conricus said that “we were informed there is a ceasefire.

“We understand Egypt was pivotal.”

More than 450 rockets have been fired at targets across southern Israel since Tuesday, according to the Israeli army, with dozens being intercepted by the country’s Iron Dome aerial defense system.

The back-and-forth between Israel and Palestinian militants has claimed 34 lives in Gaza since the violence began early Tuesday in response to targeted strikes by Israel against two leaders of the Islamic Jihad, one of which killed the leader of the Quds Brigades, the armed wing of the Islamic Jihad in the Gaza Strip.

The commander of the Quds Brigade, Rasmi Abu Malhous, was killed along with seven civilians during a missile attack on his house in the town of Deir el-Ballah, in central Gaza, before dawn on Thursday.

Islamic Jihad is the second-most powerful group in Gaza, after the coastal enclave’s rulers, the Hamas movement, and has gained influence since 2014 with the help of financial backing from Iran.

The group, which has ties to Hezbollah and is classified as a terrorist organization by the U.S., European Union and others, is considered more militant and behind most rocket attacks.

Israel tightened a blockade on the Palestinian coastal area more than a decade ago, a blockade which is now also supported by Egypt. Both countries justify the measure, which affects some 2 million people who live under difficult conditions in Gaza, with security interests.