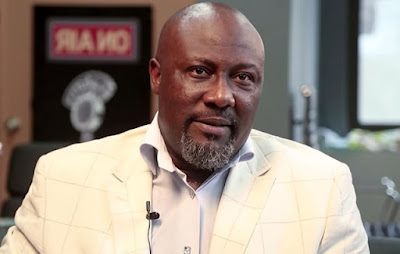 The candidate of the Peoples Democratic Party for the Kogi West senatorial rerun, Dino Melaye, has called on the Independent National Electoral Commission not to accept results from polling units where ballot boxes were snatched.

The Appeal Court upheld the Election Petitions Tribunal’s ruling that there should be a rerun, agreeing with Melaye’s opponent Smart Adeyemi of the All Progressives Congress’ petition that the February 23 election was marred by irregularities.


Polling unit 01 in Ayetoro ward 004, where Melaye voted on Saturday, was attacked soon after he voted by armed thugs who allegedly snatched the ballot boxes.

The development sparked violence, with journalists covering the election were attacked and one of their vehicles destroyed.

A man simply identified as Dami was shot and rushed to hospital.

Melaye claimed the hoodlums were working for the APC and that they had been arrested by the police.

He said, “All these areas where they have taken ballot boxes and ballot papers away should not be entertained to all at the collation centre. So that only valid votes will count because once a ballot box has been taken away, the integrity of those votes is completely questionable.

“So, INEC should respect their promise and not allow these election riggers to have their way.

“I am calling on the security agencies and INEC to respect their promise that wherever ballot boxes are taken away, it cannot be recorded and that votes in that unit will be cancelled.

““For me, the election in my unit went over halfway before the hoodlums came and started shooting. The bad thing is that one of the boys was shot and was taken to hospital by the police.

“If they are popular, they will not be introducing violence into the process. They cannot achieve what they want through the gun.”

The former APC chief added, “I am happy they (hoodlums) have been apprehended and that our cry that Yahaya Bello wants to be governor at all cost is already established. All those arrested are all APC members and they have all confessed who sent them. We must see the end of this matter because we will not allow it to be buried.”

He said he defeat Adeyemi in the rerun even if the polls were repeated 100 times.