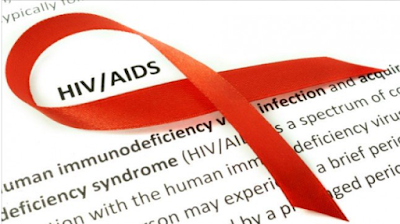 The federal government has launched a nationwide campaign to help in curbing the spread of HIV/AIDS in the country.

The U=U campaign is an initiative which teaches that people living with HIV who have an undetectable viral load cannot not transmit HIV to their sexual partners.

Aliyu Gambo, NACA director-general, said the objective of the campaign is to ensure that people will get tested and, if HIV positive, start and stay on treatment to help achieve viral suppression.

“Today we stand in solidarity with Nigerians living with HIV/AIDS. The evidence that people infected with HIV who are virally suppressed cannot sexually transmit the virus to the HIV negative partners has been available since 2000,” he said.

Anthony Okwuosah, senior technical adviser at the Institute of Human Virology, Nigeria (IHVN), said once an individual living with HIV is taking the medication properly and their viral load is undetectable, “you cannot transmit virus to somebody who is negative even without protection during sex”.

“The essence is that for anybody who is positive and takes an effective drug consistently and is tested and found to be undetectable, he or she cannot transmit the infection,” he added.

Erasmus Morah, country director for the Joint United Nations Programme on HIV/AIDS (UNAIDS), spoke of the need for care for communities identified as the vulnerable and marginalised especially those “who already have some issues before HIV came on board”.

“We are talking about gaymen, transgender, sex workers, prisoners, people who inject drugs, young women and girls,” he said.

“Why does the UN find them so special? They demand for people’s rights to protection and dignity; they give voice to the voiceless; they provide peer support to one another and more importantly, they fight stigma and discrimination.”

Abdulmalik Ibrahim, national coordinator of People Living with HIV/AIDS in Nigeria, said the campaign is a welcome development and encouraged people to key into it.

“With this campaign, it is high time for us to engage more and inform our people that they should come out and continue with their medication,” he said, adding: “Stigma is still an issue but with this development, people can still come out confidently.”