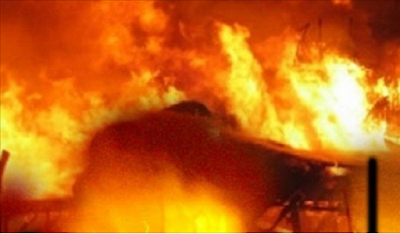 About 12 corpses were burnt in a fire that engulfed the mortuary of the anatomy department of Obafemi Awolowo University (OAU), Ile-Ife, Osun state.

The fire incident was said to have occurred on Tuesday morning.

However, the inferno did not claim any life.

Speaking on the incident, Abiodun Olanrewaju, the university public relations officer, said the fire outbreak was as a result of a power surge in the facility.

He said about 102 bodies were stored in the cabin of the mortuary, but that only 12 were burnt.

The spokesperson said the university will contact the people who kept bodies in the mortuary to inform them of the development.

“The fire, which broke out at 3:00 am today, (Tuesday, 19th November 2019) was caused by electricity surge which affected a section of the Morgue where corpses are kept,” he said.

“Out of about One Hundred and Two (102) bodies that are kept in the Morgue, Twelve (12) were affected by the fire outbreak.

“The department has made detailed arrangements to duly and adequately inform those who have kept bodies (corpses) in the morgue.

“The VC has also constituted a three-member committee to look into the immediate and remote causes of the fire outbreak.”