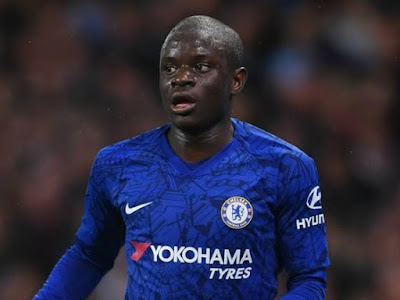 Chelsea and France midfielder N’Golo Kante has filed a criminal complaint accusing one of his former agents of fraud and attempted fraud, Paris prosecutors said on Thursday.

The complaint, originally reported by L’Equipe sports newspaper, also alleges breach of trust and the illegal practising of the profession of the agent.

The allegations concern an agent who had responsibility for Kante’s image rights whom the player accuses of demanding additional payment in return for cancelling their contract in 2017.

Kante, 28, also accuses the agent of trying to interfere in his career by attempting to persuade him to join Real Madrid when it was not his role to do so.


In an interview with L’Equipe on Thursday, Kante said: “I believe my confidence has been abused.

“We had reached an agreement to cancel the contract but this person went back on it.

“At the same time, they tried to spread defamatory things about my entourage and within my entourage to put pressure on me. I, therefore, took steps to separate from them as quickly as possible.”

A report this week on French investigative website Mediapart said Kante had been threatened with violence during a battle for influence among his advisors and agents.

Kante denies he was ever threatened.