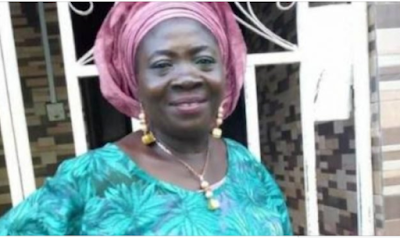 The Kogi police command says the burning of Salome Abuh, woman leader of the Peoples Democratic Party (PDP) in Wada Aro, Ochadamu Ward in Ofu local government area of the state, by suspected thugs was a reprisal attack.

A statement by William Aya, its public relations officer, said there was a misunderstanding between one Awolu Zekeri, a member of the All Progressives Congress (APC) and one Gowon Simeon, a member of the PDP, both of Ochadamu ward.

He said angry youths then mobilised themselves to Simeon’s home for a reprisal attack, where Abuh was killed.

“Gowon Simeon stabbed Zekeri with a knife and he died on his way to hospital. As a result, angry youths in the area mobilised to the house of one Simeon Abuh of same address, who is an uncle to the suspect, set it ablaze, (and) thereby burnt one Salome Abuh, aged 60 years,” the statement said.


“Three other houses were equally burnt.

“The corpse has been moved to the University Teaching Hospital Mortuary Anyigba for autopsy.”

He added that security operatives have been deployed in the area to prevent the break down of order while investigation is ongoing.

But Faruk Adejoh-Audu, spokesman of PDP Wada/Aro campaign council, said thugs, who were chanting GYB 4+4, arrived Abuh’s house at about 2:00pm on Monday and were shooting sporadically.

He said the thugs surrounded the house and blocked every exit from outside.

“The Woman Leader of Wada Aro Campaign Council, Ochadamu Ward, Hon Mrs Acheju Abuh was this afternoon burnt alive in her home by jubilant Bello supporters and thugs said to be celebrating his victory,” Adejoh-Audu said.

“They then poured petrol on the building and set it ablaze as other terrorized villagers watched from hiding.”

He said Abuh reportedly attempted to escape through a window but was prevented by the metal burglar proof and gunshots fired in her direction.

Adejoh-Audu said the thugs waited and watched Abuh crying from inside the inferno until her voice died out, then left when the house and the victim were totally burnt.

He said there is no indication that the Kogi state police “will arrest her killers or even prevent further attacks and killings of our people”.

The PDP spokesman called on the inspector-general of police to protect the people of the state.