Burna Boy teams up with Stormzy, Ed Sheeran for ‘Own It’ 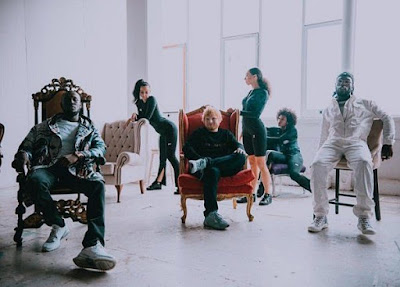 Burna Boy has teamed up with Ed Sheeran and Stormzy, two UK artistes, for a new single entitled ‘Own It’.

The collective track, which was earlier announced on Thursday, was released in the early hours of Friday and comes as a track off Stormzy’s forthcoming second studio album titled ‘Heavy is The Head’.

Stormzy had first generated excitement on social media platforms after he released a teaser where he can be spotted in a studio session with Burna Boy.

He had earlier put out some tracks off the forthcoming project — including ‘Vossi Bop’, ‘Crown’, and ‘Wiley Flo’. The songs contained in the album span 16 tracks in total.


According to him, ‘Heavy is the Head’ would debut on December 13.

Among other renowned artistes to feature in the body of work aside from Ed Sheeran and Burna Boy are H.E.R., a Grammy-winning American singer; YEBBA, another Grammy-winning singer; Headie One, Tiana Major9; and Aitch, a British songwriter.

Stormzy, whose real name is Michael Ebenazer Kwadjo Omari Owuo, came to the limelight through his ‘Wicked Skengman’ series of freestyles over classic grime beats.

He further gained global popularity after his ‘Shut Up’ peaked at number eight on the UK Singles Chart.

Gang Signs & Prayer’, his debut body of work released in 2017, became the first grime album to reach number one on the UK Albums Chart and won British Album of the Year at the 2018 Brit Awards.