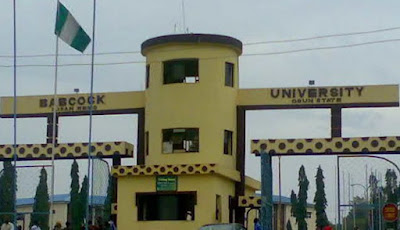 The management of Babcock University has released a statement about the trending s3x tape where two of its students were seen having s3x.

The students of the University were captured on camera having sex in what appears to be a clinic. The video surfaced online on Tuesday and instantly went viral.

In a statement issued on Wednesday, Joshua Suleiman, the varsity’s director, communication and marketing, said the persons involved in the s3x tape are now ex-students of the institution.

According to him: “The video above referred is, unfortunately, a sad commentary on the moral decadence that has assailed our society at large, a manner of behaviour that is alien and antithetical to the values of our University. It is not worth a tinge of fascination but a ground for grave concern for all.


“The boy in the video was expelled from Babcock University February this year after investigations and due process proved that he was into certain grievous misconducts. His girlfriend in the video, was until the video broke out, a third-year student of Accounting of this University. After due process, she was promptly expelled from the university for the violation of University rules and regulations ”the statement read in parts.