Anthony Joshua scared of another loss 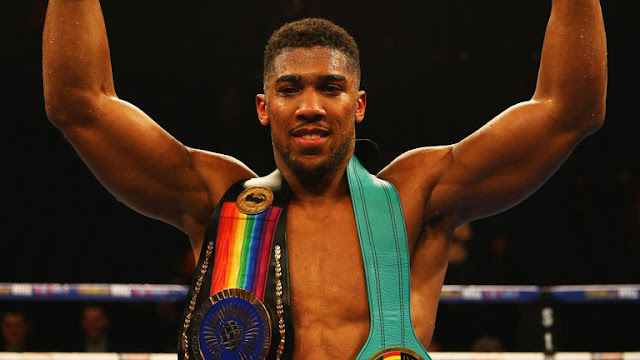 Anthony Joshua says he will not be happy with his legacy in boxing if he fails to become a world champion again.

The 30-year-old boxer lost three of the four heavyweight belts to Andy Ruiz Jr in June and the pair will fight again on 7 December in Saudi Arabia.

Joshua told the BBC that he knows the “issues” that led to the shock loss and explained how he has crucially funded better sparring for the rematch.

“I don’t think I would be content if I don’t win the titles,” said Joshua.

“For me as a man it means more than anything.”

Asked if his legacy hinges on this bout, Joshua said: “When it’s all said and done and I hang up my gloves, that’s when we can have the debate about legacy.”

But asked if he would be content with a legacy as a one-time world heavyweight champion he simply replied “no”.

“I’ll beat Andy next time,” he added. “You’ll be asking me a whole heap of different questions on December 8th.”

Joshua flies to Saudi Arabia on Saturday and some of his team arrive before the weekend to ensure facilities are in place for his training to continue.

The former IBF, WBA and WBO champion says in the aftermath of his seventh-round stoppage loss at Madison Square Garden – the first of his career – he quickly returned to training to work on “trial and error” aspects of his craft and things he “wanted to try” without impinging on his defined 12-week training camp.

He also focused on being conditioned to begin sparring instantly in his camp rather than wait until six or seven weeks out from the Diriyah fight and says refining his boxing skills has now become a major focus in his training mix.

The stunning nature of Joshua’s first defeat prompted conspiracy theories that even included accusations he had suffered a fit before his ring walk.

Each has been dismissed as fiction but asked if he knew exactly what was lacking for what was his US debut, Joshua replied: “Yes, but I am not going to say what it was. It was me, nothing like partying or anything like that.

“It wasn’t burnout. The issues I faced in the last camp, it’s just down to lack of experience. Even though it was at a high level we were still finding experience.”

In comparing his performance to that of when he beat Wladimir Klitschko despite being knocked down in 2017, Joshua said he felt “drained” against Ruiz.

“Andy Ruiz is good but I don’t think he should beat me twice,” added Joshua.

“I used to hear guys say you have to take a loss and I would think ‘why?’

“Now I can understand it and know what it takes. I have more understanding now and my ears are open to new information so that is making me smarter as a fighter. Anyone can be hungrier, I am smarter.

“The blessing is I have a second chance and here we are.”