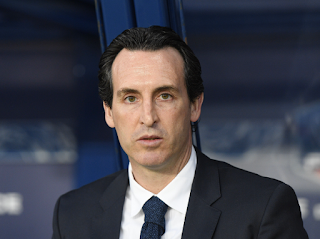 Arsenal fans have taken to the social media to react to their 2-2 draw with Southampton, with ‘Emery Out’ trending on Twitter following the performance at the Emirates on Saturday, November 23.

Unai Emery was already under loads of pressure from fans after a poor start to the season and the team found themselves 2-1 down to Southampton on Saturday afternoon.


It required a 96th minute goal from Alexandre Lacazette to rescue a point, but it wasn’t enough to appease the angry fans on social media.

Another note: ‘I never want to see this geezer allowed inside our stadium again. He should be sacked immediately. Disgraceful management #EmeryOut #Arsenal pic.twitter.com/D23Ns7vjt8’

Fans were already annoyed with the manager before kick off. For a home game against a side in the relegation zone the Gunners played seven defensive players.

The north London side set up with three central defenders, two wing backs and Lucas Torreira and Mattéo Guendouzi side-by-side in central midfield.

The result means Emery’s side are on 18 points after 13 games, sitting in eighth place in the league behind Burnley, after winning just five games so far.