45m at risk of food, water shortages in southern Africa 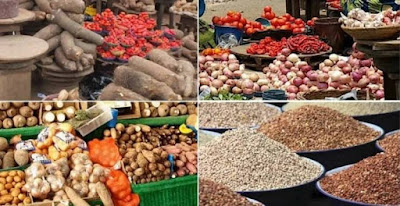 About 45 million people in Southern Africa are at risk of food and water shortages due to “the effects of changing weather conditions,” Evangelical Christian Aid Organisation World Vision on Friday said.

The World Vision Emergency Coordinator for Southern Africa, Maxwell Sibhensana, said this in a statement in Cape Town.

“This crisis is almost invisible to the public outside Africa, but on the ground, we are witnessing the devastating effects of changing weather conditions,” Sibhensana said.

“We need to integrate climate change into our development programmes, anticipate the worst, and help farmers become more resilient to climate shocks.


“Many southern African countries are among the countries most affected by climate change,” Sibhensana added.

The UN World Food Programme (WFP) also warned of a growing hunger crisis across the region’s 16 countries that is expected to affect people in rural as well as urban areas.

Some areas were about to face the “worst drought of the past 35 years,” according to WFP Southern Africa Director Margaret Malu.

Normal rainfall has only occurred in one of the last five growing seasons in southern Africa, the WFP said.

The impact of persistent drought has been exacerbated by cyclones and floods which destroyed crops in many places.

Almost 24 million people in Kenya, Sudan, South Sudan, Ethiopia and Somalia do not have enough to eat, according to the UN Emergency Relief Agency (OCHA), mostly due to a combination of droughts, flooding and armed conflicts.