FLASHBACK: In 2011, Lai Mohammed kicked against reintroduction of toll gates 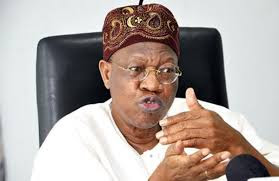 At the end of the federal executive council meeting of Wednesday, Babatunde Fashola, minister of works and housing, briefed reporters on the plan of the Buhari administration to reintroduce toll gates scrapped by ex-President Olusegun Obasanjo in 2004.

Fashola, who was joined by Lai Mohammed, his information counterpart, said there is no law against toll plazas in the country.

He added that some of the logistics being worked out before the reintroduction include acquiring more lands that will provide up to 10-lane plazas.

“Where are we in PPP and toll gate, let me just clarify this impression about toll gates. There is no reason why we cannot toll, there is no reason. There was a policy of government to abolish tolls or as it were, dismantle toll plazas but there is no law that prohibits tolling in Nigeria today,” he had said.

“We expect to return toll plazas, we have concluded their designs of what they will look like, what material they will be rebuilt with, what new considerations must go into them. What we are looking out now and trying to conclude is how the backend runs. And that is important because we want to limit significantly if not totally eliminate cash at the plazas while ensuring that electronic devices that are being used do not impede rapid movement.”

When the government of ex-President Goodluck Jonathan made a similar move in 2011, Mohammed kicked against it vehemently, referring Jonathan to his inaugural speech.

As the then spokesman of the Action Congress of Nigeria (ACN), Mohammed issued a statement where he described the move as a “string of obnoxious policies” of Jonathan’s government.

“President Goodluck Jonathan, in his inaugural speech, said ‘the urgent task of my Administration is to provide a suitable environment for productive activities to flourish’. How can that happen now that his administration is emasculating Nigerians with a series of anti-people policies?” he had asked.

“Perhaps the President needs to read his own inaugural speech again so he can redirect his energy toward making life more abundant for the people, instead of inflicting sufferings of Biblical proportion on them.

“Is the federal government aware of the deplorable state of the roads across the country before contemplating the re-introduction of toll gates? No one should ever be made to pay for services not rendered.

“It is a cruel irony that the toll gates that were removed seven years ago when the roads in the country were still fairly motorable are to be reinstated now that the roads have virtually disappeared. Nigerians daily die on the traps that the roads have become, and all a government can say is that it will impose tolls on the same people. What style of governance is this?

“The ideal thing would have been for the government to begin a massive rehabilitation of the roads across the country, then allow Nigerians to ride freely on these roads for some time, if only to make up for the years they have suffered on the roads, before any contemplation of reinstating toll gates.”