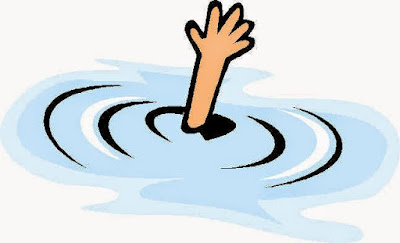 About 10 passengers were feared dead on Wednesday when a commercial Toyota Sienna vehicle plunged into Ososa River on the Sagamu-Ijebu-Ode-Benin Expressway in the Odogbolu Local Government Area of Ogun State.

The incident was reported to have happened around 4.30pm, three days after the corpse of a staff member of Tai Solarin College of Education, Ijagun,Ijebu-Ode was recovered after his car plunged into the same River last Saturday .

An eyewitness revealed that the bus loaded its passengers from Sagamu and heading for Ijebu Ode when the tragic incident occurred .

The eyewitness, who did not want his name in print, told our correspondent that the Sienna had no fewer than 10 occupants.

He said the driver lost control when a tyre of the bus burst, forcing it to plunge into the river with its passengers .

The Public Education Officer, Federal Road Safety Corps, Ogun State Command, Florence Okpe, in a statement said, “The crash occurred when the driver of the bus attempted to overtake another vehicle on the bridge and unfortunately lost control suspected to have been caused by tyre burst and the bus thereafter flipped into River Ososa.”