#Xenophobia: Nigerian Embassy in South Africa break silence, tells victims what to do 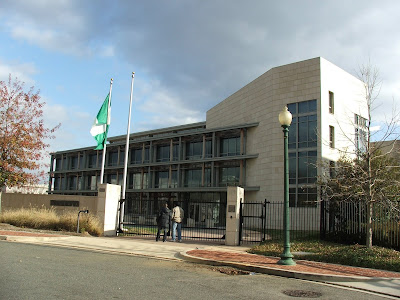 The Nigerian embassy in South Africa on Tuesday condemned the renewed xenophobic attacks on Nigerians living in the country.

The President of the Nigeria Union South Africa (NUSA), Adetola Olubajo who confirmed the development to NAN said on Monday that the attacks began on Sunday morning in Jeppestown area of Johannesburg when a building was set ablaze by an angry mob.

The attacks and killings have since stirred reactions from well-meaning Nigerians calling on government to take drastic measures against the South African government.

But reacting, a statement signed by Nigeria’s High Commissioner, Ambassador Kabiru Bala on Tuesday appealed to Nigerians in South Africa to remain calm and avoid any ‘precipitated action.’

Bala also called on all Nigerian victims to report their situation to the Consulate, adding that ”a victim list is being compiled for engagement with the South African government.

“The High Commission of Nigeria in Pretoria views with concern the ongoing loss of lives, arson, and looting of properties in some parts of Gauteng Province of South Africa.

“Some of the victims of the anarchy are Nigerians and other Africans.

“The High Commission and the Consulate in Pretoria and Johannesburg are compiling the list of all the Nigerian victims of the current anarchy for engagement with the South African government and other stakeholders for succour.

“In this regard, all Nigerian victims of the current attacks are requested to come forward to report their situation to the High Commission and the Consulate.

“The two Missions will continue to be home to all Nigerians in this trying times and in the future. Since the outbreak of the attacks last week, the two Missions have remained open and continued to render normal services to Nigerians and other customers without hindrance.”

The statement added that ”any action taken hurriedly may jeopardise the “arduous task of engaging the South African government through diplomatic channels to bring the situation under control and to restore normalcy.”