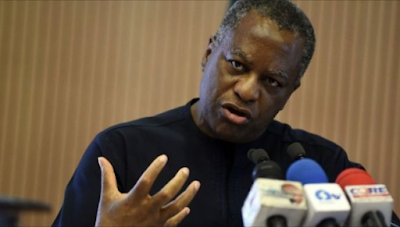 The federal government has advised Nigerians against travelling to high risk and volatile areas in South Africa until the current situation is brought under control.

The ministry of foreign affairs gave the advice on Wednesday in a statement issued by Ferdinand Nwonye, its spokesperson.

This is coming on the heels of the attacks on foreign nationals and their businesses in South Africa.

The ministry condemned the attacks and assured citizens of the government’s commitment to protecting the life and property of Nigerians living in South Africa.

It said the government would ensure that definite measures are put in place to avoid a recurrence of such attacks on Nigerians.

It urged South African authorities to urgently prosecute perpetrators of ”the dastardly act to serve as deterrence to others”.

“The Federal Government of Nigeria totally condemns the renewed attacks on foreign nationals and their businesses in South Africa which has led to the loss of lives and properties worth Millions of Naira,”  it said.

“The Government of Nigeria is engaging the relevant South African authorities via the Nigerian High Commission in Pretoria, Consulate General in Johannesburg.

“And the Ministry of Foreign Affairs in Abuja to ensure that definite measures are put in place to curtail the unfortunate attacks.

“The Federal Government commends the arrest of some perpetrators of the dastardly act by the South African Police and call on timely prosecution to serve as deterrence to others.

“However, due to the tension created by the attacks, the Government of Nigeria wishes to advice Nigerians to avoid travelling to high risk and volatile areas until the situation is brought under control.”