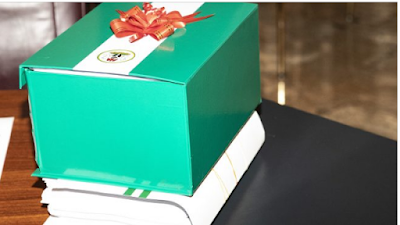 The Bureau of Public Procurement (BPP) says it saved N26 billion for the federal government in 2018 alone by revising the contract sums of government contracts approved by some ministries, departments and agencies.

This was obtained from the 2018 annual report released by the bureau.

NAN reports that 86 certificates of “No Objection’’ for contracts totalling N1.421 trillion were initially awarded before it was reduced to N1.394 trillion.

The highest reduction was made from the ministry of power, works and housing where N22.22 billion was cut from a request of N877.40 billion.

Contracts under the ministry of petroleum resources were reduced from N278.91 billion to N278.64 billion, resulting in savings of about N271 million.

Also, the BPP saved N1.37 billion on projects from the ministry of transportation from an initial request of N76.22 billion and from ministry of water resources, N521 million was saved out of N13.12 billion.

From the ministry of finance, BPP saved N143.72 million from a request of N3.54 billion and about N33.65 million was saved from the Central Bank of Nigeria’s (CBN) initial request of N1.47 billion.

The report also showed that savings of N494.96 million were made from various military contracts from an initial request totalling N123.82 billion for the procurement of critical equipment.

In addition, savings of N8.04 million was made from various contracts under the supervision of the ministry of interior, from an initial request of N9.23 billion.

The procurement bureau also saved N104 million out of an initial request of N936.75 million by Federal Radio Corporation of Nigeria for the procurement of broadcast equipment for 2019 general elections.

The report showed that no savings was made from contracts under the Federal Capital Territory Administration, ministry of environment and the ministry of budget and national planning.

According to the report, public procurement activities in most MDAs are shrouded in secrecy and not in line with international best practices.

“As observed in most cases, the procurement officers collude with the contractors and service providers to breach certain provisions of the BPP Act for their selfish reasons,” the report read.

“These breaches range from faulty bid solicitation process, advance exposure of the bidding criteria to their preferred bidders and overlooking forged procurement statutory documents during the technical and financial bid process.

“They also give out in-house prices of contracts to their preferred contractors and service providers which serve as an advantageous guide in their financial bidding, among other numerous breaches of the Act.

“Procurement officers, who are known to be colluding with the bidders to breach the Act, have not been reprimanded enough to deter them from their offences.”

BPP recommended that special courts where public procurement corruption cases will be heard should be established.