Why I want to ‘play’ God- Richard Mofe Damijo 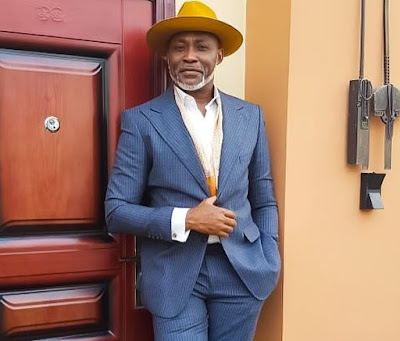 Veteran Nollywood actor and former Delta State Commissioner for Culture and Tourism, Richard Mofe Damijo has said he would love to play the role of God in a movie.

The veteran role interpreter noted that he had played the role of the President and the devil, now he desires to act the role of God.

RMD also stated his reason for not appearing in just any Nollywood flick. He added that it is not about the number of films, but the quality of films that you do.


“In the prolific period of Nollywood as it were, I didn’t jump on every bandwagon or on every film that came my way. I’ve always tried to be very selective about the kind of films I did. And in a lot in a lot of ways I feel very blessed that you know, my, my little body of work can kind of compare with any other person’s body of work. For me, it is not about the number of films you do, but the quality of the films that you do. I didn’t see a lot of films that I did at that time,”