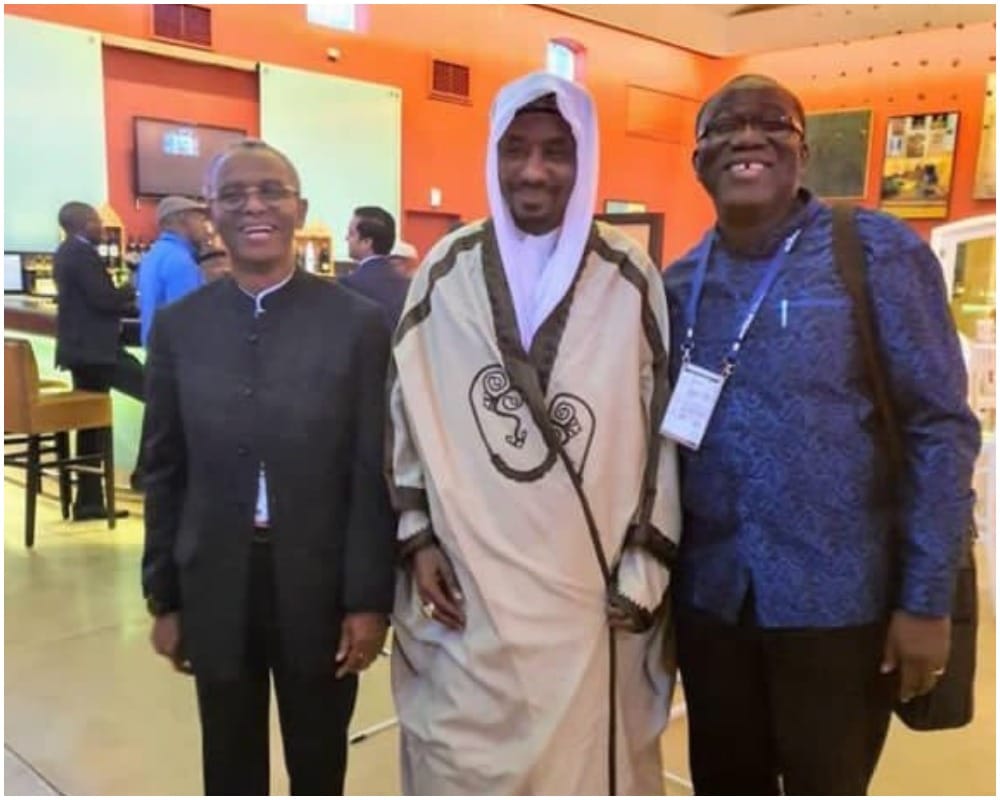 The Minister of Foreign Affairs, Geoffrey Onyeama, has said governors attending the World Economic Forum, WEF, in South Africa are not against the decision of the Federal Government of Nigeria.

Following the renewed xenophobic attack on Nigerians in South Africa, Nigerian government had canceled its representation at the WEF holding in South Africa.

Despite the decision of the Federal Government, the Kaduna State Governor, Nasir El-Rufai and his Ekiti counterpart, Fayemi, Emir of Kano, Sanusi Lamido Sanusi were seen attending the programme.

Reacting to their presence at the event, Onyeama said the governors and other individuals were already in South Africa before a decision was reached for Vice President Yemi Osinbajo to boycott the WEF.

Addressing State House correspondents in Abuja, on Thursday, the Minister said, “The forum started a long time ago and the governors were already there before our decision was taken”.

In a statement his media team issued on his behalf, Fayemi said he had arrived South Africa before the federal government took the decision to boycott WEF.