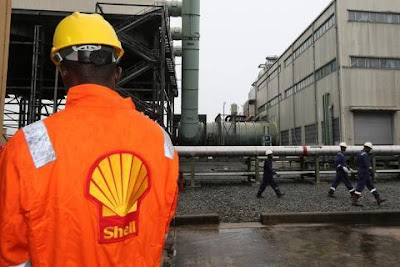 The company attributed the loss to attacks on its pipelines by suspected crude oil thieves and vandals.

“SPDC JV is currently losing about 10,000 barrels per day (bpd) of oil or N202 million daily from its pipelines to crude oil thieves in the Niger Delta.

“These attacks were on critical assets that produce crude oil, which accounts for over 90 per cent of Nigeria’s foreign exchange earnings and the bulk of government revenue.

Weli said the company had discovered and removed more than 1,160 illegal theft-points on its pipelines since 2012.

He added that its pipelines were breached by vandals 111 times in 2018, resulting to oil spills in the Niger Delta.

“We are concerned about the lives and safety of those involved in pipeline vandalism and crude oil theft as well as the environment.

“SPDC puts safety first and has constantly made appeals to those involved to stop destroying their lands and heritage from the spills and pollution arising from their activities.

“We are calling on government, communities and other stakeholders to stem the incessant attacks on our oil assets in the Niger Delta,” he appealed.

The general manager said that such illicit activities by criminals had denied the company and country the needed revenue to drive business and development.

He said that despite the attacks on its facilities, the company had spent billions to fund projects in the communities it operates.

According to him, the Niger Delta is the most blessed region in the country going by the huge revenue allocated to the region by government and companies.

“There is a community in the Niger Delta that has received over N2 billion from SPDC JV for its development, but is yet to develop.

“The region receives 13 per cent derivation, revenue from NDDC and funds from companies, but still has not developed.

“The Niger Delta has refused to develop despite the huge monies allocated to the area. So, we need to ask ourselves the critical questions to change the Niger Delta narratives.”