VIDEO: No need to apologize to Nigeria over xenophobia – Mayor of Johannesburg 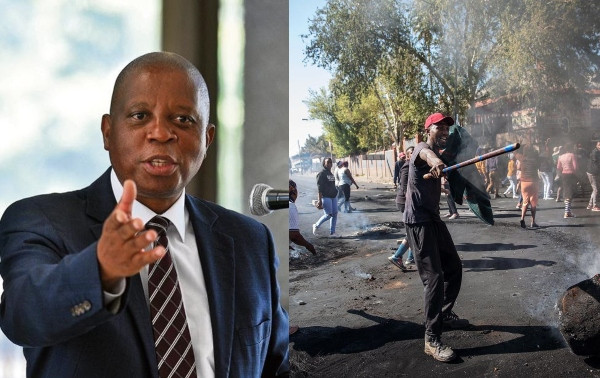 Mayor of Johannesburg Herman Mashaba has said it "was not necessary" for South Africa to apologise to Nigeria for the recent xenophobic attacks.

"No, there is nothing for me to apologise about," Mashaba said on CNBC Africa's Political Capital on Tuesday.

"What do you expect me to really apologise for?"

Nigerians and other foreign nationals were attacked earlier in September by irate mobs of South Africans who blamed them for spiking unemployment and drug-related crime rates.

Many non-South African businesses in and around Johannesburg and Pretoria were also vandalised and looted by the mob.

South African president Cyril Ramaphosa apologised for the violence at the weekend in Zimbabwe.

The violence, which claimed the lives of 12 persons, most of whom were South Africans, caused diplomatic rows between the country and her neighbours and Nigeria.

But Mashaba, the mayor of Africa's richest city, is unfazed by the violence although he insisted that he was not xenophobic.

South Africa has had an alarming increase in crime rates, especially femicide. The South African leaders accused Nigerians of being the ringleaders of drug and prostitution cartels in the country.

“We are not going to turn a blind eye on such evil crime happening under our watch," Mashaba said, adding that "the country [South Africa] also owes an official apology to the 10.2 million unemployed South Africans who are today without jobs as a result of billions of counterfeit goods being brought illegally into the country, killing local manufacturing.”