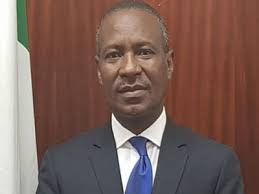 However, it clarified that this would be after the special envoy President Muhammadu Buhari sent to President Cyril Ramaphosa, would have concluded the assignment and reported back to the President.

The Minister of Foreign Affairs, Mr Geoffrey Onyeama, who gave an update on the government’s stance on the xenophobic attacks on Nigerians in South Africa, said that envoy was expected back to Nigeria by the “end of the week.”

On the recall of the high commissioner, Onyeama stated that it was one of the options considered long before now, adding that it was the wish of the government that the ambassador had returned home already.


He stated, “It’s one of the options; that he should come back. But, he will come back after the special envoy has returned to brief Mr President.”

But, on Nigeria’s participation at the World Economic Forum on Africa to be held in Cape Town, South Africa, from September 4 to 6, the minister confirmed the country’s withdrawal.

He stated that Vice-President Yemi Osinbajo was delegated by Buhari to attend the summit, but explained that the President later asked him to withdraw, following the xenophobic attacks.

Onyeama also said information available to government so far indicated that not a single Nigerian had been killed so far.

However, he admitted that their property were vandalised, a reason the government demanded compensation payments.