‘This is the most trying period of my life’ — Siasia writes CAS, appeals FIFA ban 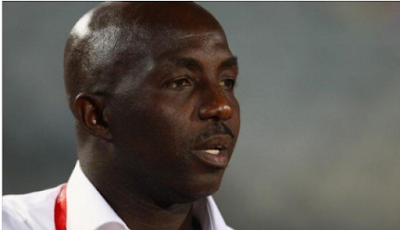 In a statement on Thursday, Siasia’s lawyer filed the appeal to FIFA on August 27, 2019.

The statement also said that another appeal was sent to the Court of Arbitration for Sports on August 29, 2019.

Siasia however denied involvement in illegal act that are contrary to the ethics of football.


“I wish to state that I have never been and would never be a party to any form of unethical conduct or perversion in the discharge of my duties in any capacity,” Siasia said.

“I built my career in the football industry on the foundation of hard work, integrity, consistency and God.

“In all my career, I have done nothing but serve my country clubs to the best of my personal and professional ability, with all my strength and might, with discipline, pride and passion and an awareness that it is a privilege to be an ambassador of our great nation.

“It is my greatest hope and belief that my country also stands by and with me at a time like this.

“The entire proceedings and decision was only brought to my notice on August 16, 2019 when the news broke in the public domain and friends and family started to call.

“I was totally unaware of the proceedings until I heard about FIFA’s decision.

“While I may not be able to publicly divulge the details and specifics, I think it fit to inform you that I have appealed against FIFA’s Decision and you all will probably hear the results like you hear about the ban.

“I am currently taking legal advice. My lawyer Austin Otah has been liaising with the NFF and their counsel.

Emotional laden Siasia added: “I thank everyone who has supported me in one way or the other. I must state that this is the most trying period of my life.

“I am still dealing with the pain and challenges of my mother being kidnapped again and fighting to secure her release.

“I urge the nation to support me with prayers, goodwill and support of all kinds. The demands are very heavy.

Otah, however, reacted to the appeal: “We have actually assisted Samson Siasia to file his appeal and we are awaiting FIFA to acknowledge the receipt of the appeal.

“We are awaiting feedback from FIFA and CAS.

“The decision of FIFA requires Siasia to appeal to CAS.

“We are exploring an internal appeal mechanism, exceptionally with the Appeal Committee of FIFA.

“But that notwithstanding we are still to ensure that his appeal rights are not impeded in anyway.”

On August 16, 2019, FIFA banned Siasia from the game of football for life, following a match-fixing investigation.

The adjudicatory chamber of FIFA’s independent Ethics Committee stated that the former Nigerian coach pleaded guilty of having accepted “bribes in relation to the manipulation of matches in violation of the FIFA Code of Ethics”.