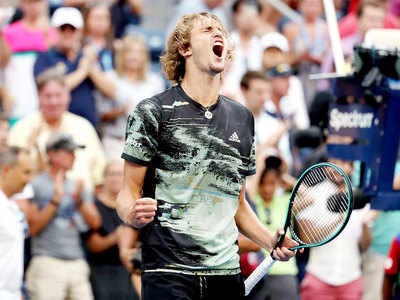 Sixth seed Zverev, who came through a pair of five-set matches in his first two rounds, is on course for a potential quarter-final with three-time champion Rafael Nadal.

“It’s the first time in the second week. Obviously, it’s the fourth round. I don’t really want to stop here. I want to keep going,” said Zverev, who next plays 20th seed Diego Schwartzman or Tennys Sandgren.


Zverev was again made to work hard by 80th-ranked Bedene in a contest lasting three hours and 36 minutes, spending longer on the court than in his two previous matches that went the distance.

“Generally, I mean, all the top guys are getting through the matches, but their aim is to play their best tennis in the second week,” he said.

“There’s still a lot of things to improve. Obviously, I mean, if you go into details, we’ll be here for a very long time. In general, the serving, the returning. Everything can still be better.”