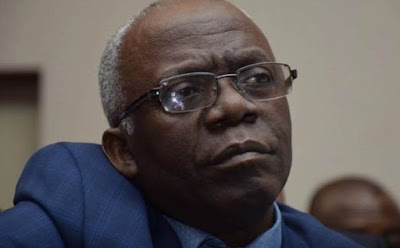 Human rights lawyer, Mr. Femi Falana (SAN), on Wednesday, asked the Federal Government to sue the South Africa Government to demand compensation for Nigerian victims of the xenophobic attack in the foreign country.

The senior lawyer, who is the National Chairman of Peoples Alternative Front, wants the South African government sued in the courts of the country which owed its liberation from apartheid rule to the supports of Nigeria and many other African nations.


He asked the President Muhammadu Buhari-led Federal Government to demand compensation for the Nigerian victims from the South African Government, but quickly added that the foreign government “is not likely to accede to the demand for compensation”.

He said, “Apart from the official condemnation of the shameful and cowardly attacks the South African Government should fish out the culprits and prosecute them.

“In addition to the payment of adequate compensation to all the victims of the mindless attacks, the Government must teach South Africans about the immense contributions of the people of Cuba and a number of African countries to the struggle waged against apartheid and colonialism in the Southern African region.

“However, since the Cyril Ramaphosa administration is not likely to accede to the demand for compensation the federal government should brief a team of lawyers to seek legal redress for the victims of the attacks in South African courts.

“The Nigerian High Commission in Pretoria should be directed to coordinate the legal defence.”

He added that in view of the incessant harassment of Nigerians and citizens of other African countries in South Africa, the Federal Government should boycott the World Economic Forum scheduled to take place in the country, make the “Declaration” to enable Nigerian victims of human rights abuses to access the African human rights court in Arusha Tanzania.

“In view of the regular harassment of Nigerians in South Africa and a few other African countries the federal government should make the Declaration to enable individual victims of human rights abuse to access the African Court on Human and Peoples Rights sitting in Arusha, Tanzania. Since there is no assurance that Nigerians and other Africans will no longer be subjected to xenophobic attacks the federal government should boycott the World Economic Forum scheduled to commence in South Africa on September 4,” he stated.