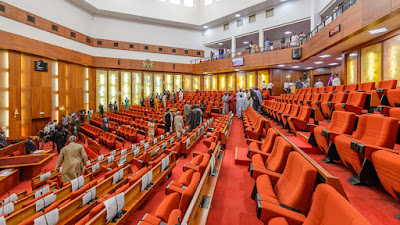 The Senate has faulted a suit seeking to stop it from utilising the sum of N5.5billion it has allegedly earmarked for the purchase of official vehicles for its Principal Officers.

Concerned Nigerians, in collaboration with some Non Governmental Organizations (NGOs), like the the Socio-Economic Rights and Accountability Project (SERAP), BudgIT and Enough is Enough (EiE), had instituted a suit at the Federal High Court, Ikoyi, Lagos, seeking to stop an alleged plan to by the 9th Senate to allegedly spend the sum of N5.5billion on vehicles for its principal officers.

However, Chairman of the Senate Committee on Media and Public Affairs, Senator Adedayo Adeyeye, described the court process as the handiwork work of detractors which is bound to fail.

Adeyeye, who spoke to reporters in Abuja, said that he was not aware of any such plan and wondered why some people decided to act on mere rumours being peddled in the media.

“So why will people be relying on rumour and newspaper reports? I wouldn’t know and in any case, if the Senate is going to spend that (amount); if it is budgeted for, then it means it is purely legal.”

“Some of the vehicles they bought four years ago were no longer serviceable while others have probably been sold to their users,” he said.