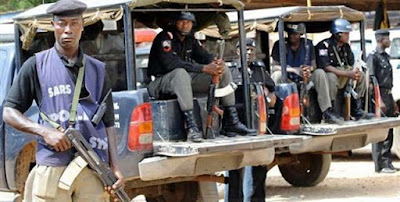 A software developer, Toni Astro on Saturday revealed how operatives of the Special Anti-Robbery Squad in Lagos State allegedly assaulted him and forced him to withdraw some of the money in his bank account for them.

Via his Twitter handle, @toniastro_, Astro said he had been stopped close to Ketu Bus Stop in Lagos by the security operatives, while he was on a motorbike, popularly called Okada.

He said, “About getting to Ketu, two men in police-like uniform stopped the bike, and told me to get down. I immediately did with the mindset that the bike guy did something wrong.”

Astro went on to share how he was asked for his phone, which he unlocked and gave to them.


Astro alleged that he was forced to go to the police station, which he recalled to be Ogudu Area H Command with the security operatives.

He said that on the way to the station, they (SARS operatives) had already started demanding money from him, starting from one million Naira, all the while labelling him an internet fraudster, popularly called Yahoo Yahoo.

His claim of being a software developer fell on deaf ears.

So yeah 😪, SARZ messed up my Saturday and I get to be locked up because I’m a software developer.
A thread.