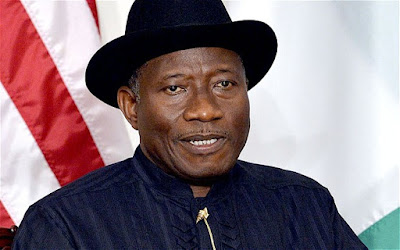 Residents in some communities in Ogbia, the Local Government Area of former President Goodluck Jonathan, have been rendered stranded following the collapse of a major bridge in their area.

It was gathered that the only bridge connecting Emeyal and Kolo and Jonathan’s Otuoke community collapsed and cut off the area.

Residents, who were in shock, said the bridge was constructed over 33 years ago explaining that it caved in under the weight of a heavy truck. 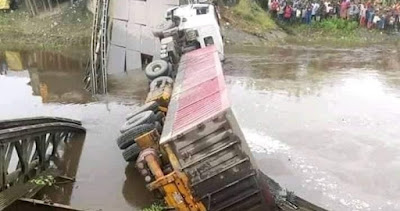 It was gathered that the truck laden with chipping tried to cross the bridge unsuccessfully as the concrete columns and pillars holding the bridge gave way.

Giving an account of the incident, Precious Okala, who is the clan President-elect of Obahn Emeyal Youth Council, said the bridge had depreciated over time and was due for maintenance.

He said it has not been maintained since it was constructed in 1986.

The Youth President-elect, Elebele community, Okala Azibola, described the incident as tragic and called on the government and other relevant authorities including the oil multinationals operating in the area to come to their aid.

Residents and travellers were seen patronising canoe paddlers to cross to other communities for their daily activities.

It was gathered that no life was lost as the driver of the truck and three other passengers were rescued alive with minor injuries.