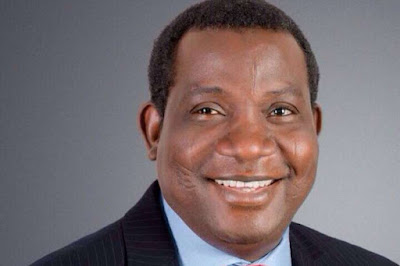 The Northern States Governors’ Forum (NSGF) rose from its meeting in Kaduna yesterday and adopted the National Livestock Transformation Plan (NLTP) instead of the RUGA initiative.

The forum hopes that the plan will assist in tackling the farmers/herders crisis in the region and across the country.

The meeting was convened to find a lasting solution to the series problems bedevilling the North.

This is as the Benue State government gave conditions for the implementation or otherwise of the agreed Livestock Transformation Plan.


In a communique issued at the end of the emergency meeting of the Forum. The communiqué was signed by the chairman of the Forum and governor Plateau State, Simon Lalong.

The communiqué read in part: “The current challenges of insecurity, which seems to be persisting despite concerted efforts by all ties of government was also deliberated based on insightful analyses and the best possible ways to address the menace, which is currently bedeviling the region.

“Consequently the Forum resolved to continue to adopt a sustainable and holistic approach towards tackling this challenge in the region, it is the Forum’s unwavering determination to rescue the region and reposition it to meet the yearnings and aspirations of our people, especially in the areas of security economic and social development.”

“On agriculture, the Forum was well informed about the National Livestock Transformation Plan and its disparities with the RUGA plan.

“It is expected that the plan will ensure resettling and addressing the dislocated populations in the key conflict zones to enable them become part of the agricultural modernization process.

In the same vein, it would provide a mechanism for peaceful dialogue and reconciliation in the affected communities towards a harmonious mutually beneficial future. The Forum therefore adopted the National Livestock Transformation Plan, which lays out clear path for modernizing pastoral activities.

“It further encouraged other states not included as pilot states to endevour to join the plan/programme.”

On Almajiri phenomena, the communiqué said: “The Forum received brief on the Almajiri phenomenon in Northern Nigeria which is not only endemic but pandemic. It noted the challenges of the system despite its conception on high religious and moral importance.

“Currently, many children are increasingly exposed to vulnerability and resultant exploitation, thereby making them susceptible to criminal activities.

“The Forum after in-depth discussions, resolved to collaborate further with experts in this field with a view to finding implementable recommendations to solve the Almajiri phenomenon and take children out of the streets.”

However, in a swift reaction, the Benue State government has given condition for implementation of the livestock plan.

Benue State deputy governor, Engr. Benson Abuonu, said Benue will only implement the plan if its conforms with the state’s laws on ranching of animals and the anti-open grazing law.

According to Abuonu, “one thing is fundamental, as far as the implementation of the National Livestock Transformation plan is concerned, whichever state that has keyed into the programme will have it as its own programme, in other words it is going to be owned by the state even if some help regarding the funding is going to come from the Federal Government.

“And of course, it depends on whichever state is willing to key into it. But at this initial stage, there are seven states at the pilot stage, but with regards to Benue, whatever is going to happen in this area of animal husbandry, that thing has to be in conformity with the local laws of Benue that is in existence.

“Principally that law says there should be no open grazing and there should be ranching of animals that anybody is going to rear. Therefore as long as the programme is in conformity with our laws then it would be acceptable to us.”

Lalong, who addressed the opening session of the gathering disclosed that issues to be discussed include insecurity, the misconception surrounding RUGA and the Almajiri system in the North.

Lalong who recently took over the mantle of the forum also said the emergency meeting became necessary because of the urgent nature of the issues at hand.

He said: “This emergency meeting has been summoned to enable us address some matters of urgent importance in the survival of our region and the well-being of our people.

“During our last meeting, we deliberated extensively on many issues, particularly the nature of the insecurity currently bedeviling our region and how to deal with the situation.

“We consequently set up a coommittee under the chairmanship of His Excellency, Governor Aminu Bello Masari of Katsina State, to inter-alia develop a comprehensive regional plan of action that could bring lasting solutions to the lingering crises.

“At this meeting, we shall receive briefing from this committee and also deliberate on their findings and recommendations. Another major issue we shall also deliberate on is the issue of livestock management in the country and in particular our region, which has continued to generate discourse, controversy, misinformation and even politicisation.

“You are aware of the many attempts to find lasting solutions to the incessant farmer/herder clashes, cattle rustling and associated criminalities such as banditry, kidnapping among others.

“At this meeting, we shall deliberate on the National Livestock Transformation Plan (NLTP), which was commissioned by the National Economic Council chaired by Vice President Yemi Osinbajo and seeks to support and strengthen the development of market-driven ranches in the livestock ecosystem for improved productivity through breed improvement, pasture production, efficient land and water utilization.

“As a region that holds the comparative advantage in livestock management as an economic and socio-cultural vocation, we need to come up with a common front on how to synergize and draw from the funds available for the programme and ensure that we derive maximum benefits for our people.

“Hopefully, we shall develop strategies on how best to deal with the misinformation about the NLTF, which is sometimes confused with the Rural Grazing Area (RUGA) project.

This is important because of the urgent need to cultivate the buy-in of all stakeholders and provide a conducive environment for nomadic herders and those who rear livestock using the private/public partnership model to key into the National Livestock Transformation Plan of the Federal Government.

“We also have to continue our discourse on how to solve the Almajiri phenomenon which continues to be a social and security challenge that we cannot but find solutions to.

“I, therefore, urge us all to engage in robust, open and frank discussions that will assist us come up with practical and effective resolutions that will move our region to the next level. We cannot afford to do otherwise because our people have entrusted us with their mandate and look up to us in dealing with their day-to-day challenges, which include poverty, illiteracy, insecurity, and economic opportunities.”