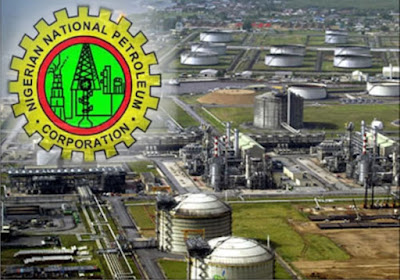 The Nigerian National Petroleum Corporation (NNPC) on Saturday said that it had recorded a total of 45,347 pipeline breaks on its downstream network between 2001 and mid-2019.


“The cost of vandalism, which includes fatalities, loss of revenue, asset and environmental degradation, affects everyone.

“Lost revenue, possible loss of employment, collateral damage to national image, loss of investor confidence etc will obviously affect everyone in the long run,’’ he said.

The GMD also said that in 2018, a total of 19 fire incidents were recorded on the petroleum products pipelines.

This, he said, remained a challenge to stakeholders and must come together to find a lasting solution to, in order to end the menace.

Kyari said that importance of pipelines could not be over emphasised, adding that when there are no pipelines to transport petroleum products, the alternative is to transport by trucks.

He said that the high number of trucks involved in daily transportation of products over long distances contributed to highway accidents and deterioration of the nation’s road network.

“Based on Federal Road Safety Corps estimate, Nigeria has lost about N7.157 billion to road traffic accidents involving 116 petroleum product tankers during the first half of 2018,’’ he said.

He called on all stakeholders including Pipeline professionals, communities, government institutions and industry players to tackle the menace.

Kyari said that the corporation would deploy technology, physical deterrent interventions and other soft options to arrest the menace.

He noted that some progress had been made over the last three years, but more work needed to be done.

“We have sustained awareness campaign, removed illegal structures on pipeline rights of ways, and we are deploying appropriate technology to mitigate attacks on pipelines as well as to reduce our response time to incidents,’’ he said

He added that as part of the trans-Nigeria gas pipeline network, the Abuja- Kaduna Kano (AKK) gas pipeline project was already underway.

According to him, the project, a 612km gas pipeline, has the capacity to deliver two billion cubic feet of gas to fuel three new gas-driven power plants with generation capacity of 3,600MW.

“This presents a huge opportunity for pipeline professionals and other Nigerians for the various economic benefits of the project.

“May I use this opportunity to call on the members of the Pipeline professionals Association of Nigeria (PPAN) to maintain professionalism and promote ethical conduct in delivery of service to the oil and gas industry,’’ he noted.

The GMD reassured that the corporation would work with PPAN to improve reliability of the pipeline network to find lasting solution against the menace of pipeline vandalism.

In his remarks, the Chairman of PPAN, Mr Jeff Onuoha, said that pipeline remained the backbone in the business of oil and gas.

He said that there was urgent need to secure the nation’s pipeline network to ensure economic growth and development.

Onuoha said that it was unfortunate that pipelines remained vulnerable in spite of their huge importance to the oil and gas business, and all hands must be on deck to protect them.

He said that some technology like Anti Tamper Lock developed by the professionals were needed to ensure security of the pipelines in the country.

He said that Nigeria required billions of  dollars annually to tackle its infrastructure challenge, and to achieve this, there  was the need to adopt Public Private Partnership.