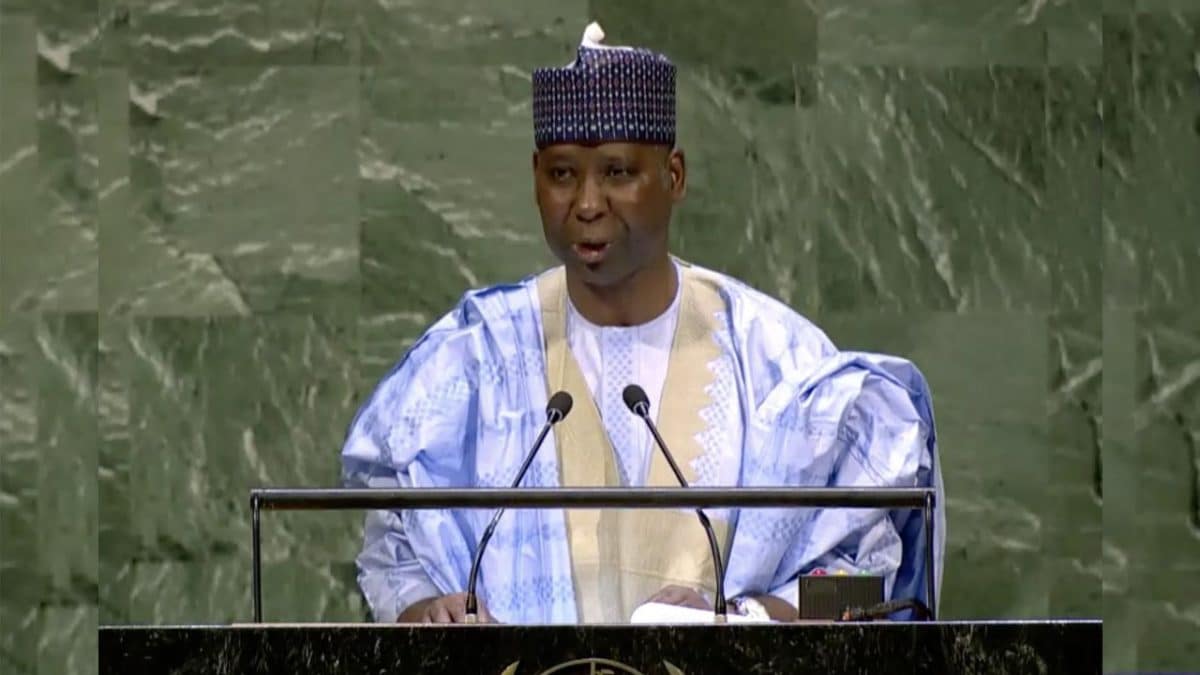 Ms Maria Espinosa, the President of the 73rd UN General Assembly, on Monday handed over to Nigeria’s Muhammad-Bande, who will lead the 74th session of the assembly in the next one year.

The ceremony, held inside the General Assembly Hall of the UN headquarters in New York, marked the end of the 73rd session .

The 74th session will formally begin on Tuesday with the inauguration of Muhammad-Bande, who is the Permanent Representative of Nigeria to the UN.

The handover ceremony was witnessed by top officials of the UN led by the Secretary-General, Antonio Guterres.

In a short address, Guterres lauded Espinosa for her strong leadership, describing her as a “champion for multilateralism”, who made the UN “relevant to all”.

“I commend her ambitious priorities for this session, which addressed crucial matters of international impact and concern.

“These include gender equality, migration and refugees, decent work for all, environmental protection, the rights of people with disabilities, promoting the voices of young people to advance peace and security, and revitalising the work of the United Nations.

“The commitment of Espinosa to the environment especially ending plastic pollution also stands out,” he said.

The UN chief said he looked forward to working with Muhammad-Bande to advance the organisation’s mission of building more peaceful and prosperous world.

Earlier in a valedictory press conference, Espinosa said she was satisfied with her achievements within her one-year tenure.

She said her practice of formally reporting back to member states every three months, was very useful, especially for the smaller missions that could cover all the agenda items.

Espinosa said during the 73rd Session, no fewer than 341 resolutions were adopted, making it the highest number in several years.

She reiterated her call on member states to “read the resolutions we have adopted again and let´s deliver and implement them using this norm-setting power of the General Assembly”, she said.

Espinosa is the fourth woman to hold the office of the President of the General Assembly.