Nigeria set to clash with South Africa over xenophobic attacks 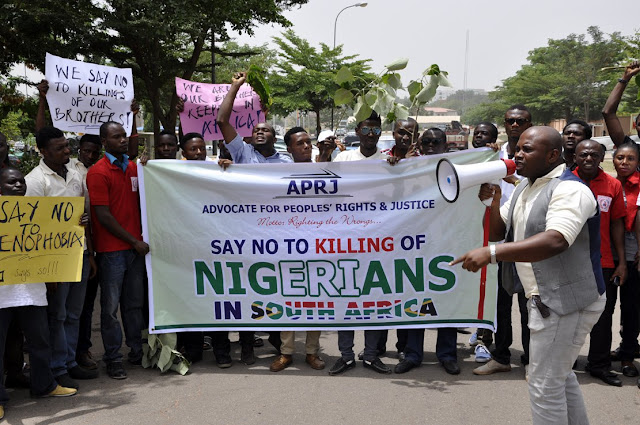 The Minister of Foreign Affairs, Geoffrey Onyeama, has said the Federal Government would take “definitive measures” in the aftermath of xenophobic attacks on Nigerians in South Africa.

He was, however, silent on the measures that would be taken over the increasing violence against Nigerians and other foreigners in the country.

He described the attackers as mindless criminals, noting that the police intervention was ineffective.

Onyeama said this on Monday on his verified Twitter handle in reaction to the burning of Nigerian property by South Africans in Johannesburg, Marvel, Turfontein and Jamestown on Sunday night.

Onyeama tweeted, “Received sickening and depressing news of continued burning and looting of Nigerian shops and premises in #SouthAfrica by mindless criminals with ineffective police protection. Enough is enough. We will take definitive measures.”

Also condemning the incident, the Chairman, Nigerians in the Diaspora Commission, Abike Dabiri-Erewa, said there might be a need for African Union’s intervention to stop the attacks on foreigners in South Africa.

Dabiri-Erewa on her verified twitter handle,@abikedabiri, had tweeted that while she could not verify most of the videos of the attacks, the decisions that needed to be taken could only be taken at the ministerial level.

She tweeted, “Sad, Reports from South Africa attacking foreigners. I can’t verify most of the videos. However, whatever decisions to be taken now can only be at the Ministerial level. AU intervention may be crucial. This is not what we should be doing to ourselves as Africans.”

The latest attacks on foreigners in South Africa started last week after a taxi driver was murdered by an alleged drug dealer in Pretoria.