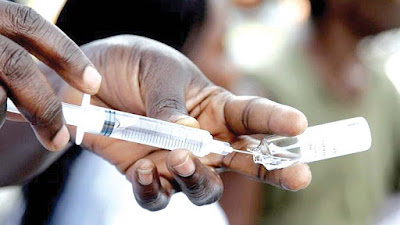 The Nigeria Centre for  Disease Control (NCDC)  on Friday confirmed an outbreak of yellow fever in Bauchi State.

Three cases were recorded in Alkaleri Local Government Area (LGA) of the state and the fourth case is a tourist from Kano State who visited the Yankari Games Reserve in the same LGA in Bauchi State.

The NCDC has consequently activated the  Emergency Operations Centre to coordinate the response to the outbreak.

The Director General of the NCDC,  Dr. Chikwe Ihekweazu, said the centre was first notified ”on the 29th of August when we received the report of a confirmed case of Yellow Fever in Kano State from a laboratory in our Yellow Fever laboratory network.

“Subsequent investigations led by the Kano State Epidemiology Team established that this confirmed case of yellow fever was from a patient who visited the Yankari Game Reserve in Bauchi, in August 2019 with his father. Unfortunately, the father died with similar symptoms before a sample could be collected and tested.


”Subsequently, on the 3rd of September 2019, the Borno State Epidemiology Team reported deaths among students of Waka College of Education in Biu LGA Borno State. These students visited the Yankari Game Resort in August 2019.  Of the 95 Students that visited the resort, eight of them developed symptoms and six had died as at the time of the report. The others are in a stable condition. Samples from these cases are being tested.”

Ihekweazu, however, noted that Intensification of surveillance activities led to the identification of three more confirmed cases who are all resident in Alkaleri Local Government Area (LGA), of Bauchi state.

He also revealed that “ a multi-agency Yellow Fever technical working group coordinated by NCDC, has been leading the preparedness and response to yellow fever in Nigeria. The National Primary Health Care Development Agency is leading efforts to provide an additional opportunity of vaccination through preventive vaccination campaigns across the country.