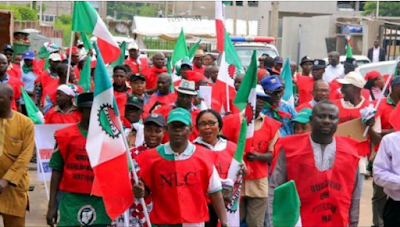 Negotiation between the Federal Government and the Joint National Public Service Negotiating Council (JNPSNC) on the new minimum wage has again been rescheduled for Sept. 16.

The News Agency of Nigeria (NAN) recalled that the last negotiation between the government and the JNPSNC was to hold on Sept. 4, but was suspended.

Mr Alade Lawal, JNPSN Secretary General, confirmed to NAN on Tuesday in Lagos that the meeting was rescheduled at the instance of the officials.

The organised labour and the Federal Government have been in conflict over the implementation of the new minimum wage which was signed into law by President Muhammadu Buhari on April 18.

Negotiation between the government and the JNPSNC, representing labour in the technical committee set up to negotiate the consequential adjustment of workers’ salaries as a result of the new minimum wage, had broken down due to unresolved differences in their proposals.

President of the NLC, Ayuba Wabba, had told journalists that the congress would support any position taken by the JNPSN on the new national minimum wage.