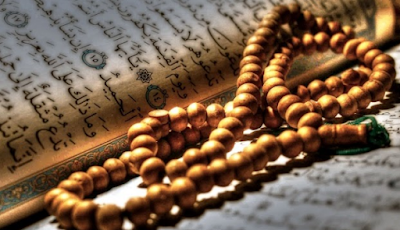 After 15 years of appealing to the Federal Government, the Muslim Rights Concern (MURIC) has called on the National Assembly (NASS) to intervene in the non-declaration of Hijrah New Year as public holiday.

The MURIC Director, Prof. Ishaq Akintola, said in a statement on Tuesday that the organisation had been making the demand yearly for more than 15 year, but the Federal Government continued to ignore its demand.

“Muslims all over the world recently celebrated Hijrah Day as the new Islamic year kicked off on Sept. 2, corresponding to 1st Muharram, 1441.

“However, the MURIC had a grouse with the Federal Government over the non-declaration of the day as a public holiday.


“MURIC, an Islamic human rights organisation, therefore, decided to take its case to the 9th National Assembly (NASS),” he said.

He appealed to the Federal Government to consider the Muslims in the way it shared its public holidays, adding that 1stMuharram is the Islamic version of 1st January.

“We complained last year by issuing a statement on Sept 6, 2018 entitled ‘Declare Hijrah Day Next Week’. That was one week to 1st Muharram 1440 and nothing happened.

“It must be emphasised that Islamic organisations, not MURIC alone, have been making this demand through petitions and appeals dating back to the 60s, but nothing has been done.

“In view of this, we are constrained to appeal to the NASS to take up this issue as a matter of urgent public interest,” he said.

The MURIC director, while giving the rationale for the demand for the declaration of 1stMuharram as a public holiday which is in Qur’an 9:36; 2:189; 10:5 and 17:12, added that the Islamic Hijrah calendar is divine.

“We once again appeal to the NASS to take a dispassionate look at the demand of Muslims for the recognition of the first day of the Islamic calendar as a public holiday,” he said.