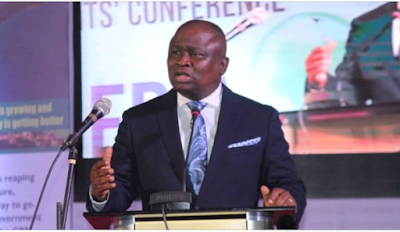 The national assembly has warned government ministries, departments and agencies (MDAs) against expenditures not approved or allocated for in the budget.

The legislature specifically cautioned against spending revenues generated by various government agencies without the required approval.

The warning was issued by Solomon Adeola, chairman of the senate committee on finance, and James Faleke, his counterpart in the house of representatives, after a joint meeting in Lagos at the weekend, according to Kayode Odunaro, Adeola’s spokesman.

Odunaro said in a statement that the lawmakers accused the MDAs of always diverting the revenues “on frivolous excuses” and blamed the inability of the federal government to meet its targets on this challenge.

“Reports show that over the years, the Federal Government has not been able to surpass 30 per cent of its revenue targets,” the statement read.

“With this, it is small wonder we always have low level of budget implementation for critical capital projects. Findings indicated that a major culprit in this shortcoming are the inadequacies of the MDAs coupled with their penchant for diversion of revenue on frivolous excuses for expenditure that are mostly recurrent.

The lawmakers said all government expenditures must henceforth be in compliance with the fiscal responsibility act and other applicable laws.

“We need to reverse this trend and intends to introduce quarterly review of targets so that needed revenue can come to the federal purse,” they added.