It’s an insult to say we shouldn’t spend N5.5bn on cars - Sen. Abdullahi 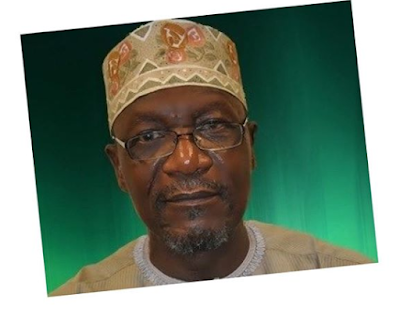 The Senate, on Wednesday, described the public condemnation of its planned purchase of Sport Utility Vehicles amounting to N5.5bn for the senators as an insult.

The Leader of the Senate, Yahaya Abdullahi, stated this in an interview with journalists in his office in Abuja.

Abdullahi said the status of a senator of the Federal Republic of Nigeria is not undeserving of an SUV.

He said each of the 109 senators in the upper chamber would get one SUV, which would be paid for at the end of their four-year legislative tenure.


He said the burden on the shoulders of the senator was not a mean task and that an SUV for their work was not too much.

The Senate Leader said, “What is the problem there? It is an insult to say that a senator of the Federal Republic cannot ride a jeep in Nigeria. It is an insult. The N5.5bn is from the National Assembly fund and it is budgeted for every year, which they will pay back at the end of the tenure.

“I was a permanent secretary. I know what ministers get; we cannot even compare ourselves to ministers because we are higher than the minister(s). For you to say that a senator of the Federal Republic cannot drive a jeep today — come on, that is an insult.

“Go and tell the people that the work that we do is more than the work of ministers. The weight that is on me today; there is no minister of the Federal Republic that has it.”

Abdullahi said the collapse of the local government areas across the country had placed a burden on senators who “carry loads outside their purview.”

According to him, the Ninth Senate will ensure the independence of the local government structure to boost national development and stability of the grass-roots economy.

The planned purchase of the SUVs had generated public outcry.

Some non-governmental organisations even instituted legal action against the planned expenditure.

The concerned group of activists who sought the legality or otherwise of the matter in court were led by the Socio-Economic Rights and Accountability Project.