Instead of suing me, apologise to Nigerians on N90bn ‘slush fund’ -Timi Frank replies FIRS 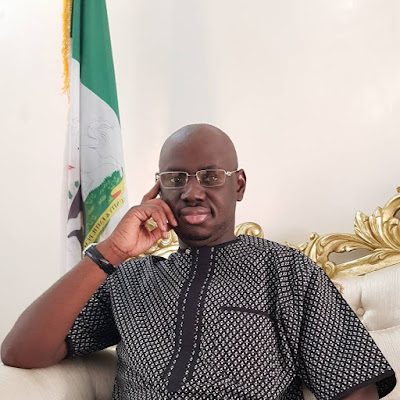 Timi Frank, former deputy national publicity secretary of the All Progressives Congress (APC), has called on the Federal Inland Revenue Service (FIRS) to stop its attempt to fool Nigerians.

Frank had alleged that Vice-President Yemi Osinbajo’s trouble with the presidency started when it was discovered that he mismanaged N90 billion made available by the FIRS for 2019 election campaign purposes.

But in a statement on Monday, Wahab Gbadamosi, FIRS director of information, dismissed the claim, saying the service’s annual allocation is not up to that amount.

Reacting in a statement, Frank said he cannot be intimidated by the agency’s threat to sue him, describing the agency’s statements as a “puerile attempt to sweep the main issues in his public statement under the carpet”.

He urged the agency to come clean and tell Nigerians the reason for the discrepancies which exist in their records of tax collection.

“I read the statement by the Federal Inland Revenue Service and I am rather disappointed at their intellectual laziness,” he said

“Who is the FIRS trying to fool by claiming that their annual subvention is not up to a N100 billion? That is an unintelligent attempt to fool the public.

“The FIRS, like the Nigerian National Petroleum Corporation, Central Bank of Nigeria and the Securities and Exchange Commission are revenue generating agencies of the Federal Government that do not depend on budgetary subventions.

“These agencies are able to appropriate huge funds from the monies they generate for their use.

“For example, on January 7, 2019, the Federal Inland Revenue Service announced that it had broken Nigeria’s all-time revenue generation record, by generating N5.3trillion in 2018,” he said.

“However, on 18th August, 2019, the FIRS’ boss was queried for poor performance and under remittances to the Federation Account by the Chief of Staff to General Muhammadu Buhari, Mr. Abba Kyari.

“The query, which was widely published in all newspapers and online media channels, was as a result of the N90billion that the FIRS illegally funneled to Vice-President Yemi Osinbajo for the 2019 elections which led to the shortfall.

“The FIRS should bury their head in the mud and apologise to Nigerians for aiding and abetting corruption.”

He also called for the immediate arrest of the leadership of the FIRS.

“The big question is: what is responsible for the discrepancy? These are questions that the FIRS should be explaining to Nigerians rather than trying to be clever by half in claiming that they do not get up to N100 billion per annum, when in fact they expend 50 times that amount.

“I, therefore, call for the immediate arrest and prosecution of the leadership of the FIRS for fraud and money laundering.

“I stand by my statement and am not going to tender any apology to FIRS. They are the ones to apologize to Nigerians for illegally spending taxpayers’ money on elections.

“I cannot be intimidated by threats. I am prepared to meet them in court. Why did they decide to respond on behalf of the Vice President, who is the main issue here? Is the FIRS now Osinbajo’s mouthpiece?”