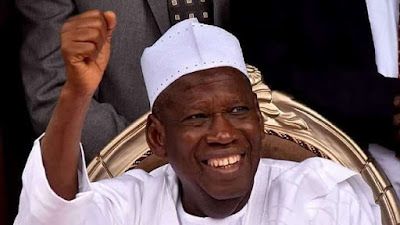 Gov. Abdullahi Ganduje of Kano State has declared his unflinching support for the implementation of all health sector reforms towards achieving Universal Health Coverage in the state.

Ganduje, represented by Nasir Gawuna, the Deputy Governor of Kano State, made the pledge at a three-day workshop for all states’ social health insurance agencies on Monday in Kano State.

He said the workshop was timely and had come when the Nigerian population was clamouring for access to affordable and qualitative healthcare.

Ganduje said Kano State had commenced the implementation of contributory healthcare scheme over one and a half years ago and had become successful with over 370,000 enrollees accessing healthcare.

“We have provided the legal framework for the scheme, renovated and furnished the Agency’s office accommodation, amounting to N85 million.

“We have also approved a grant of N250 million for the provision of ICT infrastructure and released Nl00 million as a necessary requirement for Kano state,’’ he said.

Ganduje noted that the contributory healthcare scheme population coverage throughout the country had remained low.

He added that this had challenged most states of the federation to domesticate the National Health Insurance Scheme based on their religious beliefs and traditional value system.

The governor, however, said access to affordable healthcare had continued to be a challenge for most households due to the high level of poverty and significant reliance on out-of-pocket expenses.

Ganduje further explained that the participation in the Basic Healthcare Provision Fund, in line with the state’s policy, drove to strengthen the state’s health system.

He said five per cent of the state’s internally-generated revenue and one per cent of the local government areas’ statutory allocation have been dedicated to the health sector under the Kano State Health Trust Fund.

“These are part of government’s intervention towards a sustainable health system that will drive the process of achieving UHC by ensuring all Kano State residents have access to effective, quality and affordable health care,’’ the governor said.