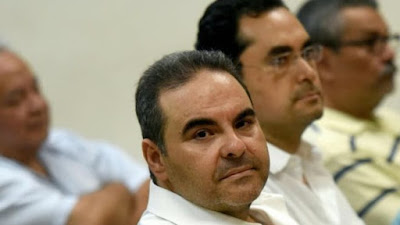 The 54-year-old was found guilty of attempting to bribe a court employee with 10,000 dollars in a bid to obtain information about a case against him, newspaper La Prensa Grafica reported.

Saca, who served as president from 2004 to 2009, “confessed to having committed the crimes attributed to him,” the attorney general’s office tweeted.

The former president is already serving a 10-year sentence for misuse of some 300 million dollars of public funds and money laundering.


The anti-corruption prosecutor told journalists outside court that a judge is yet to decide how Saca will serve the additional two years.