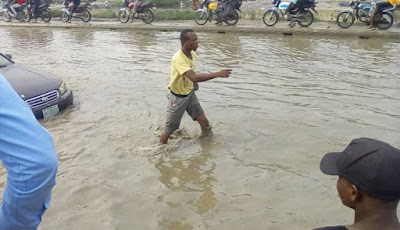 National Emergency Management Agency (NEMA) has issued a notice to four communities in Imo to relocate to safer sites over a possible flooding which it said might occur any moment from now.

The Head of Imo/Abia Operation Office of NEMA, Mr Evan Ugoh, issued the notice on Sunday in an interview with the News Agency of Nigeria.

Ugoh said communities within the Orashi bank of River Niger might also be affected by the likely flooding.


He said the early warning alert became necessary, following the recent prediction by Nigerian Meteorological Agency (NIMET) that, Imo was among the states in Nigeria likely to be affected by flooding in 2019.

The NEMA officer said against the prediction, flood prone communities must remain alert and also take bold step by relocating to safer areas.

He also cautioned against building houses on waterways and urged the state government to muster political courage to demolish all houses built along the water ways.

Over 60 houses, including farm lands, were submerged in some communities in Oguta and Ohaji/Egbema Local Government Areas of the state recently by flood with no fewer than 2,000 people displayed.

Ugoh said the best international disaster approach was to prevent emergency than to let it happen.

He expressed concern that some communities were in the habit of not taking NEMA’s early warning alert seriously.

“People are usually not serious when it comes to early warning prediction, but we will continue to educate them on the need to always monitor the sea level around them and report same to authorities,” he said.

He said NEMA and other stakeholders in disaster management were alerted on the development, saying, “We are aware of the prediction and we have mobilised well in case of any emergency.“