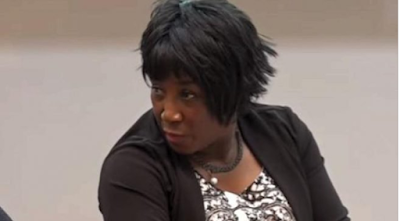 Between 1999 and 2001, Hazel Francis Ngubeni who served as South African’s high commissioner to Singapore, served a jail sentence in the US. According to Sunday Times, a South African newspaper, Ngubeni waas convicted for smuggling a bag of cocaine while working as a cabin attendant for South African Airways.

The newspaper reported Ngubeni, 55, who at the time went by the name Francis MacDonald, was dismissed after her arrest in New York.

“She was arrested, convicted and sent to jail, which made her unable to render any service to her employer,” the newspaper quoted Tlali Tlali, SAA spokesman, as saying.

Ngubeni reportedly admitted the conviction but claimed she had been wrongfully jailed after a
“strange bag was found in my luggage”.

The Sunday Times also reported that Ngubeni had previously been arrested on September 20, 1995, at OR Tambo International Airport in Johannesburg, South Africa.

She was charged with smuggling 9kg of heroin into South Africa from Thailand, also while employed as a cabin attendant for SAA, but was acquitted in January 1997 after a key witness – reported to be a diplomat from Mozambique – refused to testify against her.

The newspaper reported that Ngubeni initially refused to comment but later admitted she was arrested at OR Tambo airport in 1995.

Amid the rift between Nigeria and South Africa over the recent xenophobic attacks, Naledi Pandor, South African minister of foreign affairs, said many Nigerians in her country are involved in drug trafficking. She said South Africans believe Nigerians are harming the country’s young people.

Pandor’s comment had irked Geoffrey Onyeama, her Nigerian counterpart, who accused her of fuelling xenophobia.

The xenophobic attacks had forced Nigeria to pull out of the World Economic Forum in South Africa. The federal government also summoned Bobby Moroe, South Africa’s high commissioner to Nigeria, and also dispatched a special envoy to President Cyril Ramaphosa.

South African businesses were attacked in reprisal attacks in Nigeria, forcing MTN to close its offices nationwide. Shoprite outlets were also placed under lock. The Nigerian government had condemned the attacks while Mohammed Adamu, inspector-general of police, ordered massive security around foreign businesses.