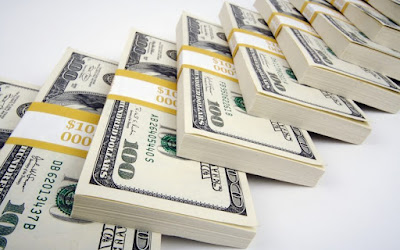 The nation’s foreign exchange reserves have dropped to a five-month low of $43.67bn, losing $1.23bn in 29 days, latest data obtained from the Central Bank of Nigeria on Sunday showed.

One of the core mandates of the CBN is to manage the forex reserves, which are assets held on reserve in foreign currencies.


The central bank receives foreign exchange inflows from crude oil sales and other sources of revenue on behalf of the Federal Government.

“Such proceeds are purchased by the bank and the naira equivalent credited to the Federation account. These proceeds are shared each month, in accordance with the constitution and the existing revenue sharing formula. The monetised foreign exchange, thus, belongs to the CBN. It is from this portion of the reserves that the bank conducts its monetary policy and defends the value of the naira,” the CBN said on its website.

The apex bank has recently moved to intensify restrictions on forex access for imports that were imposed in 2015 in a bid to conserve the nation’s foreign reserves.

The CBN said in July that it had restricted the sale of forex for the importation of milk from the Nigerian forex market. Last month, President Muhammadu Buhari disclosed that he had directed the CBN to stop providing forex for importation of food into the country.

The price of crude oil, Nigeria’s main foreign exchange earner, plummeted to its lowest point since the beginning of the year on August 7 as the United States-China trade war worries gripped the market

The 2019 budget is based on oil production of 2.3 million barrels per day (including condensates) with an oil benchmark price of $60 per barrel.

FSDH Research, an arm of FSDH Merchant Bank Limited, said in a recent report that the drop in crude oil prices might have negative impacts on revenue and other key prices in Nigeria, adding that the decrease in the external reserves might be attributed to lower crude oil prices and lower foreign portfolio investment inflows.

“We expect the CBN to continue to pursue a combination of tight liquidity management, segmented exchange-rate markets, and foreign-exchange interventions and restrictions. It will be aided by ample international reserves of more than six months of expected 2019 current account payments, and a small current account surplus conditional (we estimate) on Brent prices averaging at least $60 a barrel.”