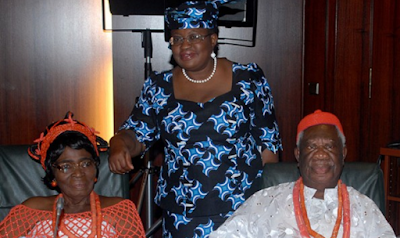 His Royal Majesty Obi (Prof) Chukuka Okonjo died at the age of 91 in the United States of America.

The late monarch, who was a professor of mathematics, ascended the throne of his ancestors in 2007.

Following the completion of traditional rites, a new monarch has been crowned.

The processes include the new Obi’s endorsement and presentation by the Umu Obi Obahai Royal Family of Ogwashi-Uku and the traditional chalking and crowning ceremonies conducted by the Ikelike and Agidiehi Kingmakers in Ogwashi Uku.

He is pursuing a doctorate in Business Administration from University of Paris, in France.

A transformational minded leader with a deep and abiding love for his people, His Royal Majesty, ObiIfechukwude Chukuka Okonjo’s focus is to be a forward-looking and inclusive traditional ruler who will elevate his people by serving as a champion of translating progressive and practical ideas into action.