CAN protests certificate of occupancy denial 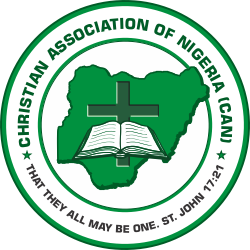 The Christian Association of Nigeria has asked northern state governors to stop denying churches Certificates of Occupancy, describing the denial as discriminatory and unconstitutional.

The Director, Legal and Public Affairs, CAN, Samuel Kwamkur, in a statement in Abuja on Tuesday, said, “We urge some states, especially in the North, who refused to give Certificate of Occupancy to churches that had applied for it to stop the discriminatory and unconstitutional policy.”

The body, however, commended the Kaduna State Government for halting the demolition of St. George Anglican Church, Sabon Gari, Zaria, said to be 110 years old for the expansion of a nearby market.

The statement also read, “While we commend the government for taking the bold step to withdraw their earlier threat to demolish the cathedral, we are concerned that the only reason for withdrawing such a threat is for ‘historical value,’ not for the purpose for which the church is built and the blessings it has brought to the immediate communities and the entire nation.


“This is a church that has developed the spiritual and moral values of many people in the ancient city for decades, yet the only reason the government will advance is the historical value of the church.

“To us, the reason suggests lack of respect for the church in Nigeria and a probability of future threats to other churches without long historical value, not only in Zaria but the entire Kaduna State.”

Kwamkur stressed that the cathedral had been at its current location long before the market was established, describing the demolition threat against the church as provocative.