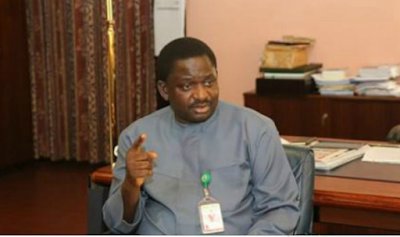 Femi Adesina, spokesman to President Muhammadu Buhari, has denied allegations that the president is keeping silent over the attacks on Nigerians in South Africa.

Speaking during a Channels TV programme on Wednesday, Adesina said the president has spoken and acted on the xenophobic attacks through Geoffrey Onyeama, minister of foreign affairs.

Renewed xenophobia in South Africa has seen foreign nationals, including Nigerians, come under attack by citizens of the country in the past few days.

The federal government had through the foreign affairs ministry summoned Bobby Monroe, South Africa’s high commissioner to Nigeria, over the attacks.

Asked to respond to concerns that the president is yet to speak on the matter, Adesina said the minister of foreign affairs spoke and acted on behalf of the president.

“The president has spoken. What the foreign affairs minister said and did was on behalf of the president,” he said.

“The statement that came from the media office was authorised by the president. So the president is reacting to this issue.

“And it is very important that we keep our heads at times like this, because if we don’t keep our heads, it will get worse. More Nigerians will be killed there and possibly South African interest and their nationals here will also be in danger.

“The president has dispatched an envoy who should get there latest Thursday and I believe that by the grace of God, these things will be sorted out.”

There have been reprisal attacks on South African-owned businesses in various parts of the country, including in Lagos where some Shoprite outlets were looted.