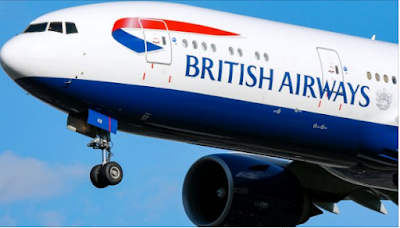 British Airways (BA) has cancelled nearly 100 percent of flights from UK airports as its pilots embark on first-ever strike over pay.

The airline and its pilots have been locked in a nine-month pay dispute that could disrupt the travel plans of nearly 300,000 people.

Members of the British Airline Pilots Association (BALPA) commenced the strike on Sunday night, leading to the cancellation of hundreds of flights.

In a statement on its website on Monday, BA apologised to its customers for the disruption in their travel plans.

“We understand the frustration and disruption BALPA’s strike action has caused you. After many months of trying to resolve the pay dispute, we are extremely sorry that it has come to this,” the statement read.

“Unfortunately, with no detail from BALPA on which pilots would strike, we had no way of predicting how many would come to work or which aircraft they are qualified to fly, so we had no option but to cancel nearly 100 per cent our flights.”

“Our customer teams – supported by additional colleagues – have been working tirelessly to help as many of you as possible and to provide options, including a full refund or re-booking to a different date of travel or alternative airline,” it said.

“We are offering all affected customers full refunds or the option to re-book to another date of travel or alternative airline.”

The pilots said they will continue their strike on Tuesday and are threatening to down tools for one more day on September 27, and possibly at a time closer to the winter should the dispute continue.

The airline said two other unions representing 90 percent of its workers have accepted the 11.5-percent increase.