Being chased, nudity, paralysis… here are seven dreams and their meanings 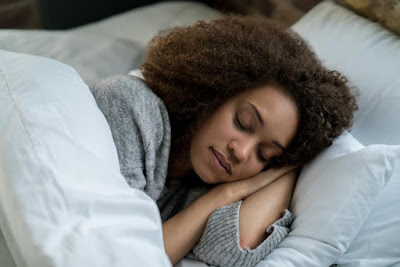 Every single one of us is a dreamer. And a lot of people, either because of cultural or religious socialization, worry about their dreams and its meanings.

But the thing with dreams is that they sometimes come in a simple linear story, while other times the narrative is tortuous and disjointed. Many people only remember snatches of their dreams the following morning. Or just the mood.

A dream is like a note from the recesses of your unconscious mind. According to Suzanne Bergmann, a licensed social worker and professional dream worker for more than 16 years, “Dreams are a universal language, creating often elaborate images out of emotional concepts.”

Bergmann pointed out that there’s no single, definitive meaning for symbols and images in your dreams. But just like a smile generally means that one is happy, so have some common dreams taken up a generally accepted meaning.

Below are seven dreams whose meanings have come to be universally accepted.

Being chased
This is one of the most reported dreams in Nigeria. Being chased is often remembered vividly because of the fear it evokes. And for most Nigerians, being chased is interpreted literally. It means somebody or something is either after your life or something you hold dear. Surprisingly, this dream is about what you’re running from and not what’s chasing you. It means you’re not dealing with something that needs your attention in real-time.

Water
Water is often a representation of your unconscious mind and how you’re dealing with emotions in real-time. The water’s disposition, whether calm or turbulent, gives an insight into your emotions and how well you’re managing them.

Vehicles
Vehicles can be aeroplane, car or train. They often signify how much control you have over proceedings or the path in front of you. In such a dream you might feel yourself in control or it might be a way of highlighting the problem you think you’re facing and need to confront.

Paralysis
Paralysis in dreams is popular for the way it is interpreted in Nigeria. It is seen as a spiritual attack. But what most people don’t know is the fact that the body enters a form of paralysis during dreams. This way your body is stayed from physically performing the things happening in your dreams. Thus, dreaming about paralysis typifies the overlap between the REM stage and waking.

Classroom
Dreams in which you find yourself in a school or class taking a test you’re unprepared for is commonly reported. This indicates something you need to learn from your past, which explains why this dream is prevalent among those who have finished school.

Nudity
This is another commonly reported dream. Through nudity, emotional or psychological exposure is symbolized in dreams. Sometimes, it is not complete nudity but only a particular part of the body that is exposed. The body part being exposed represents the emotion your dream is trying to point you to.

Falling
Falling in your dream is an indication that there’s a letting go, an acceptance. Therefore not all falling in dreams are bad. Some people who dream about falling say that it mostly happens in slow motion, which indicates serenity.

It is imperative to remember that even the above dreams and their meanings require your very own interpretations. Some of the symbols you encounter in your dreams may already have personal attachments that will help you see things clearer.