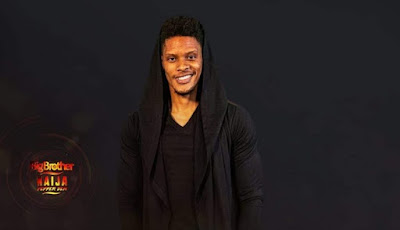 Elozonam Ogbolu has emerged the new Head of House in the ongoing BBNaija season four.

News Agency of Nigeria (NAN) that the content creator got lucky in a game of skill and chance, on Monday to clinch the title.

For the challenge, housemates were required to transfer sweets from bowl to bowl without picking them with their hands.

With ten tables and a plate with one hundred and twenty sweets, a drinking straw and a small cup each, the Pepper Dem Gang were tasked to a suction battle.


Given the freedom to walk over to the table of their choosing the Housemates were required to move all the sweets on their plates to the cups next their plates using only the drinking straws provided.

For this, they had to move the sweets from the plate, by inhaling with their mouths through the straws picking the sweets up and dropping them in the cups.

After a few minutes, Elozonam hit the buzzer emerged as the winner in this challenge while others like Diane and Ike struggled with the sweets and cup.

With his win, he got the HoH room privilege which he decided to share with Diane. He also won 250 Bet9ja coins, and coins for his team members.

NAN reports that Elozonam believes he won immunity for the week. However, housemates are not aware that there will be no evictions this week.